Burrow House is a four storey housing development constructed in the 1970’s comprising of a concrete frame structure with brick infill panels. Approximately 12 years ago a new over-roof was constructed off the dwarf parapet walls running around the perimeter of the building. In July 2000 this roof was damaged by fire exposing the original asphalt flat roof. The works consist of forming a new suspended timber flat roof decking with a Bauder Limited “Green Roof” to form the weatherproofing for the whole building.

Reason for Roofing
The London Borough of Lambeth has a commitment, made in partnership with residents, businesses and other organisations, to protect Lambeth’s biodiversity. In support of this commitment it is Lambeth’s policy to construct ‘green roofs’ wherever economically viable.

Comments
All timber used on this project was purchased from a sustainable sources certified through the Forest Stewardship Council (FSC). 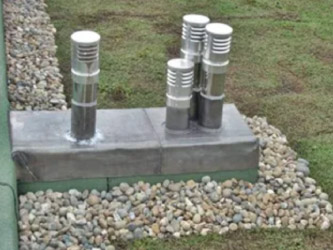 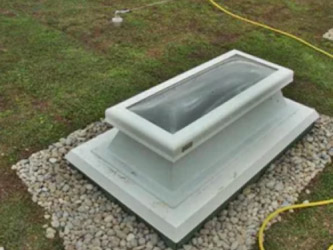